Inviting you to join me and Polar Bear International in celebrating it as a day of action to reduce your carbon footprint!

By taking part in the Thermostat Challenge, the launch event for Polar Bear International’s Save Our Sea Ice (SOS! campaign), which is a series of carbon-reduction efforts to help save sea ice habitat.

A microscopic chytrid fungus is causing massive declines in frog populations all over the world and even the extinction of certain species.

Most Threatened Animals Around The World

Endangered Species Day is an opportunity for people young and old to learn about the importance of protecting endangered species and everyday actions that people can take to help protect our nationâ€™s disappearing wildlife and last remaining open space. Protecting Americaâ€™s wildlife and plants today is a legacy we leave to our children and grandchildren, so that all Americans can experience the rich variety of native species that help to define our nation.

Endangered Species Day is a time to think about the Endangered Species Act, which is one of the nationâ€™s most controversial laws that has often pitted environmentalists against industry and private-property rights advocates.

New study for species considered ‘too rare to save’ such as the Siberian Tiger.Â  By targeting key threats, critically endangered species may now have new hope!

Co-author of the report, Dr. Philip Stephens, School of Biological and Biomedical Sciences, Durham University, said: “Populations usually show rapid declines as a result of human activities such as hunting and habitat conversion. The results of the study are encouraging and show that if we can remove the negative effects of human activities, even relatively small populations could be viable in the long term.”

Dr. Greg Hayward, the U.S. Forest Service’s (USFS) regional ecologist for Alaska said: “This is good news for biologists working to save species like the tiger. There’s a lot of work to do to arrest the effects of poaching, prey loss and habitat destruction. However, if that work is successful, the tiger might yet be able to recover, despite the relatively small size of most tiger populations.”

The study, published in the journal, Trends in Ecology and Evolution, shows that population sizes required for long-term viability vary, both within and among species, and depend on the specific circumstances in which the population is found. Estimates of viable population sizes were typically reduced to hundreds rather than thousands of individuals for populations that were relatively stable.

Amphibian populations have been rapidly disappearing worldwide and nearly one-third of the world’s amphibian species are on the verge of extinction. Up to 200 species have completely disappeared since 1979. Founded in 2008, SAVE THE FROGS! is America’s first and only public charity dedicated to amphibian conservation. Their mission is to protect amphibian populations and to promote a society that respects and appreciates nature and wildlife.

Please become a member and support their worldwide amphibian conservation efforts. Together we can SAVE THE FROGS!

California Red-legged Frogs are typically found only in California. They are approximately 2-5.5 inches in length and are brown, gray, olive or red with black fle…cks and blotches. They have a whitish border above their upper jaw and their underside is normally red. These frogs toes are not fully webbed and have weak throaty calls that last 2-3 seconds. California Red-legged Frogs are often found in dense, shrubby vegetation near bodies of water. In 1996, they were listed as a threatened species by the United States Fish and Wildlife Service due to habitat destruction, being sold as food, and being preyed upon by non-native species. 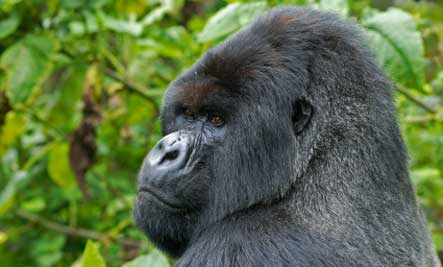 Central Africaâ€™s mountain gorillas might win for the worldâ€™s most dangerous habitat, and between habitat destruction and ongoing conflict in the region, their population has been brought to the brink of extinction, with no place to go for refuge. Add the worldâ€™s only remaining mountain gorillas living in the mountainous region spanning Uganda, Rwanda, and the Democratic Republic of Congo to the list of reasons to stop the conflict in that region (which means taking a little responsibility for the role our gadgets play in perpetuating it). 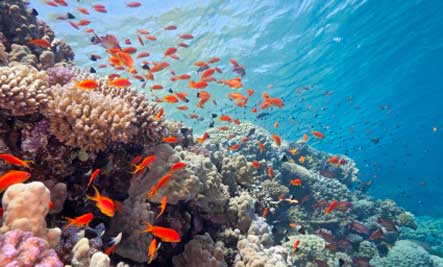 The Great Barrier Reef is really suffering not only because of climate change, but also because of runoff from the coast of nutrients, fertilizers, pesticides, sewage, and oil. Itâ€™s putting the delicate balance of life in the worldâ€™s largest reef system in serious jeopardy. 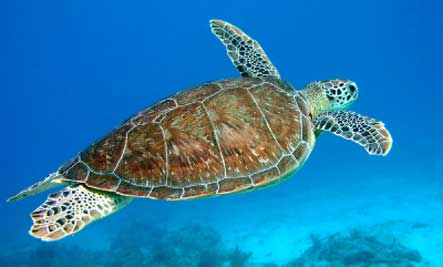 The waters where Somali pirates often strike are also home to plenty of marine life, including many coral species, the Crown Butterfly fish, which is found only in the Red Sea and the Gulf of Aden, and thousands of sea turtles. Female turtles have been tagged and identified as nesting in South Yemen and then recaptured in Somalia, more than 2000 km away. 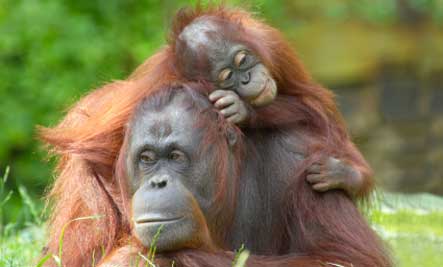 The orangutans in Indonesia are running out of space to go, too. Logging operations and the global demand for palm oil have nearly wiped out the territory these primates call home, and social conflicts have been on the rise, reports The Ecologist, â€œas people who depend on forests for their livelihoods are being forced to change their way of life.â€

[ Related: 5 Environmental Crises to Care About ] 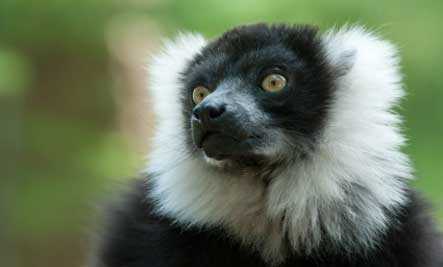 Madagascar is not just a DreamWorks film; itâ€™s a real-life ecological wonderland. But itâ€™s under threat from the usual suspects: deforestation, erosion, exploitation of resourcesâ€”including hunting and people collecting wild animalsâ€”and introduction of alien species.

This is not an exhaustive list, of course. Species are being pushed from their mountaintop habitats, and plant species are threatened in just about every country in the world.

At a Tiger Summit Today in St. Petersburg Russia, global wildlife experts predict that Wild Tigers could become extinct in 12 years if countries where they still roam fail to take quick action to protect their habitats and step up the fight against poaching.

The World Wildlife Fund and other experts say only about 3,200 tigers remain in the wild, a dramatic plunge from an estimated 100,000 a century ago.

Leonardo DiCaprio has been working hard all year to help save the world’s tiger population, which as you may recall are in dire straights. As the World Wildlife Fund (WWF) reported, there may be as few as 3200 tigers left in the wild. And recently it was reported that there are more tigers in (cruel) captivity in the U.S. than roaming wild in Asia. DiCaprio, however, is doing his part. First by donating a cool million dollars to the WWF’s tiger campaign and then by going through extreme travel challenges to meet with Vladimir Putin, the Russian Prime Minister, to discuss the tiger situation.

Information found on Tiny Green Bubble.  Click Here To Find Out More About This Cool Site!

Reach Out and Save The Orangutans This Week

For More Information and Ideas

Orangutans Are Highly Endangered and Have Less Than 10 Years Left In The Wild Before They Are Extinct!

2010 Theme: Many Species. One Planet. One Future

This yearâ€™s event will celebrate the incredible diversity of life on Earth as part of “The 2010 International Year of Biodiversity.”

This yearâ€™s global host, Rwanda â€“ a country of exceptional biodiversity that has made huge strides on environmental protection â€“ will lead the celebrations with three days of keynote events.

Thousands of activities will also be organized worldwide, with beach clean-ups, concerts, exhibits, film festivals, community events and much more!

So what does an “Endangered Species” mean…. you may ask?

It is when any animal or plant species is threatened to the point of extinction.Â  Once a species is “extinct”, it is gone FOREVER and no longer found anywhere on Earth.

Special Thanks to Laurence Overmire & Nancy McDonald For Including Me In Their Awesome Video!

So Why Is It So Important To SAVE Endangered Species?

There has been a dramatic increase in the number of endangered or extinct species since humans have been the Earth’s dominant species.Â  Human activities such as overhunting and destruction of habitats are responsible for most of endangered or extinct animals.Â  It is now believed that extinction by humans are taking place at 100 to 1,000 times nature’s normal rate.Â  It has been so hard to measure since only about 1.4 million species (out of an estimated 10 million to 100 million) have been described to date.

It is more crucial than ever for humans to preserve endangered species and their natural habitats.Â  All species are living organisms on Earth and have a know value to humans.Â  Humans benefit from the roles many species play in the environment including cleansing the air and water, controlling erosion, providing atmospheric oxygen, and maintaining the food chain.Â  Some other benefits of these many species haven’t even been discovered yet (such as medicinal plants) and presently have an unknown value to humans.

Hands Across The Sand – May 18th